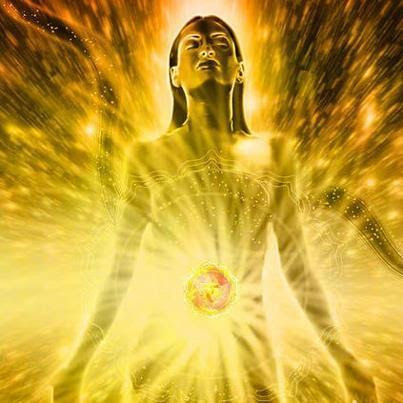 There are many stories to my journey here, and as a philosopher by nature I would have to say there never is really a "here", for we are always moving, changing, growing and learning. But I would love to share the big pieces that tied my current work and passions together.

One of the first pieces was meeting my now husband and moving to San Francisco together. We started our first garden in our tiny backyard in the Sunset District of San Francisco in 1994. It began as a practice to gain some independence from the 9-5 system, save money, eat healthier and be physical outdoors. We were amazed at what we could grow in that tiny space!

Our local, natural food store, Other Avenues, had John Jeavons’ book How To Grow More Vegetables on the growbiointensive® method. Almost as soon as we bought it we began using this intensive method of gardening as our guide.

We were hooked! Our vegetables were doing beautifully, even in the foggy summers along the coast.

We also began volunteering regularly as garden help at Green Gulch Farm and Zen Center, just over the Golden Gate bridge near Muir Woods,.  Green Gulch utilizes the French Intensive method that Alan Chadwick brought to the U.S., and who was a huge influence on John Jeavons. There, we got to see a much larger scale of this method. We were just beginning to explore the practice of Zen Buddhism, so this was a perfect match. We could volunteer in the garden for half a day; stay for a silent, delicious, organic lunch and meditate in the main hall with the residents every Saturday. It was a huge learning period on many  levels.

During this time, we also started our adventures into backpacking in the wild places of California. It is a BIG, expansive landscape with so many nooks and crannies rarely visited by humans. Loaded with bears, mountain lions, wild rivers and streams, we felt more alive than ever. As budding naturalists we wanted as close a relationship with nature as possible and we thought this would be the way.

Through research and exposure to writers and ideas, our practice quickly developed into one of learning our connection to the earth and the impact we have in all we do. After a friend shared Tom Brown, Jr.’s first book The Tracker with us, we devoured his whole series. Then we saw he was offering his Standard Class in California and we signed up! This blew open the doors of perception about exactly how connected to nature we could get. I went on to take many classes over a 16 year period with Tom and his amazing teachers and continue to take online courses with him.

After years of city living in San Francisco we decided it was time to move closer to fulfilling our dream of living on our own land. We moved to a tiny cabin among the redwoods in the tiny town of Willits, California. Now we could begin the hunt for our own place in earnest.

Willits happened to also be where Ecology Action is located, John Jeavons’ demonstration site and education center. I started working in the natural food store on main street and who should be a regular customer but John Jeavons himself! I soon acquired a position at Ecology Action as a helper/maintenance staff and got to see the level at which his method could be applied and benefit so many around the world.

I also began a nine month Yerba Woman Herbal Apprenticeship with Donna D’Terra and fifteen other awesome women on her land, in the hills outside Willits.

At this point, our interests truly began to coalesce. This combination of wilderness camping & backpacking, indigenous/wilderness skills, soil building, intensive food growing, herbal medicine making, and plant identifying brought together so many aspects of connection that we had been looking for. We knew then that this would be our path for years to come.

In 2002 we decided to relocate to the land we caretake now in Willseyville, New York. It was very hard to leave California, but we knew we needed to be closer to family and in a place with a more affordable and sustainable landscape, i.e.. no fires, droughts, mud slides and flooding.

In 2012, I discovered the beautiful, female centered teachings of Lynn Andrews. Jeff brought home a copy of her first book Medicine Woman from our local book sale. He knows well my love of books about indigenous wisdom, bringing in the magic of nature connection and healing arts. This was a female version of The Tracker books and Carlos Castaneda books combined! I read the entire twelve book series of her shamanic training under Agnes Whistling Elk and Ruby Plenty Chiefs in just a few months. In 2013 I began her four-year shamanic studies apprenticeship called The Mystery School and graduated in 2016, receiving my ordination into the International Assembly of Spiritual Healers and Earth Stewards Congregation. This has helped bring balance to all my previous practices and helped me see that this female energy is what we and the world need for wholeness.

I offer my classes for women only; because women need space to feel, be and express themselves and learn skills to empower themselves. Now is the time to reclaim our power like never before in herstory!